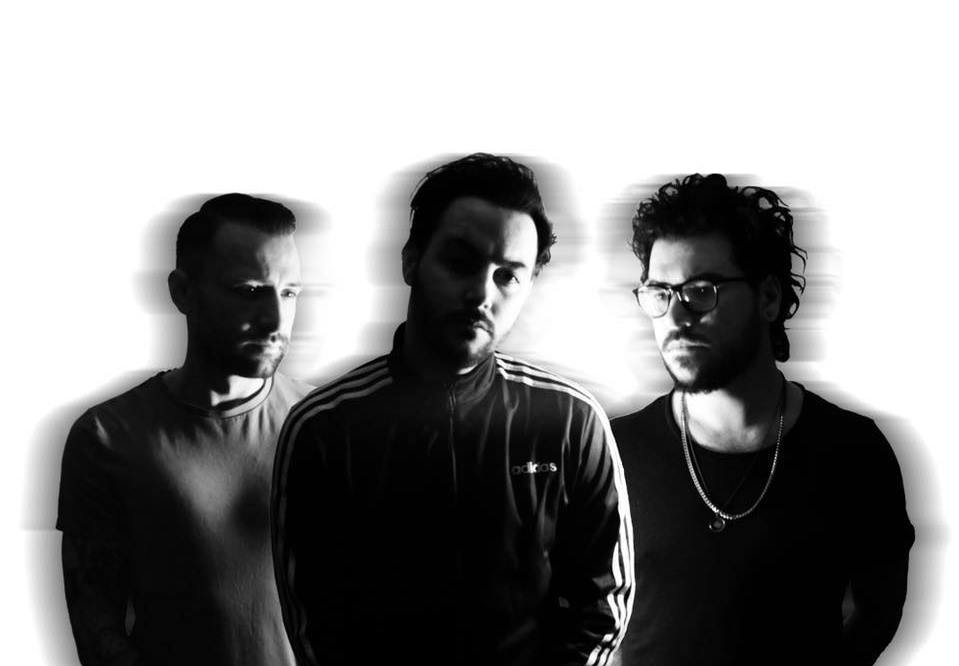 Nashville newcomers Lonelyouth offer up an exciting sound that tiptoes the line between nu-metal, metalcore and melodic rock. They’ve honed a diverse sound that offers plenty of aggression and its fair share of groove, with booming guitar riffs fused with powerful vocals engaging melodies.

The trio of Tyler Vinatelli (vocals), Josh Dawn (guitars and bass) and Austin Wright (drums) first came together three years ago and formed the band in late 2018 having been parts of several different projects, along with producer Jeremy Hatcher, on whom Josh tells us: “Honestly, Jeremy may as well be part of the band, he’s really helped us find our sound and ourselves. That man just makes you better on every human level just by his presence. Love him. I feel so lucky to have found these dudes. Music aside we will all be best friends until we’re dead.”

We discovered the trio through their huge latest single In The Deep, which was released at the end of last month. It opens up with a lone light riff then a huge cry of “Welcome to hell” is ushered in by a a booming low-tuned version of the opening riff alongside big screamed vocals “The population is you and me, It’s never as bad as it seems, I make it worse than it tends to be.”

A quick blast of heavy guitars then one lone reminder of the intro guitar are immediately blown away by a huge cry of “The grief never dies, It just simply changes face,” as another heavy verse kicks in. This time the chorus is followed by a high-pitched synth sound under cries of “Something to set me free” then big chugging guitars and rolling drums continue under cool synthy sounds, before feeding into a final huge blast of the chorus. Check it out in the video below:

On the track, Josh tells us: “In the Deep is definitely one of the tunes we are most excited about from this new body of work. It’s heavy, it’s loud, it’s aggressive. It’s a new direction for the band and we feel like we finally found us. Our identity. The song just feels good. The groove, the mix, everything is made to pump you full of some adrenaline and thought.

“The inspiration for this song was absolutely to make something for a live show. Every decision we made for this song was 100 percent based on trying to imagine it at show and what would make it fun for audience. If you can find a balance between making a fun show AND something you can listen to in your headphones then I think you have something special.”

That was preceded by the massive Bones, which starts out a little lighter with cool ascending guitars then drops into an engaging opening verse. Big screamed vocals feed into a catchy chorus led by Tyler’s huge vocals. Second time around, the chorus drops into booming low-tuned guitars under screamed vocals, which feed into another catchy chorus then another smash of heavy guitars and screams.

A little more melodic is debut single Mile One, which opens with twinkling guitars and driving drums, which drop into Tyler’s engaging vocals through the opening verse. Heavier guitars kick in and build up to a big singalong chorus “I will not, I will not choose. Despite of everything we all lose.”

Second time around the chorus continues with repeats of the faster lines “The time is to break them, never to make them, Don’t believe everything that they are preaching,” which drops into heavier cries of “It’s time to break the cycle” and faster guitars and drums. Check it out in the video here:

Lonelyouth draw their musical influences from the likes of Linkin Park, KoRn and Rage Against The Machine through to Hans Zimmer, The Prodigy and Rammstein. While Josh describes their sound as “I used to describe us as if a bunch of emo kids got together to write Foo Fighters songs but LOVE Deftones. I think that still holds true. Maybe with a little extra balls in it this time around.”

And when it comes to writing music, Josh adds: “I can really only speak to the music aspect here as far as my influences. It really is a never-ending journey but if I distilled it all the way down to the bare essentials I like things that are groovy first and foremost, heavy secondly, and unique. Everyone has been listening to heavy guitar riffs for the past 60 years, I want to find a new path that brings new and interesting, unpractical ways of playing and listening to guitar.

“At the end, when its all said and done, still the most important thing is the live show. Everything, every aspect is made to be played live to people in a room. Big or small.”

Lonelyouth have a busy end of the year, with Josh telling us to expect at least one new single before 2020 is out – and potentially even as many as three. They’re also busy writing their next EP, which they’re set to track in January.

And Josh adds: “All I would like to say is thank you! Thank you to our amazing fans and family, we sincerely love you all. We love you, be kind and enjoy some heavy tunes!”